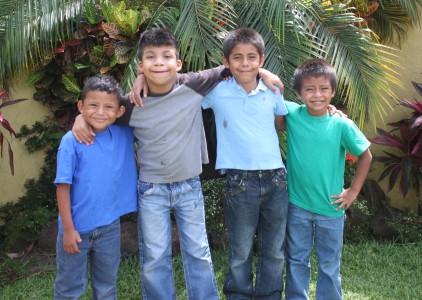 We visited the three private schools attended by the children in the home. Whereas they all bore the stamp of Salvadoran educational philosophy, they were very different. The most strikingly different was the Laura Lehtinen school recently started in San Salvador. This school for children with learning disabilities was remarkable for the high teacher/student ratio and the skill of the teacher we observed. The child we were observing, “Tomas”, had demonstrated slow development from infancy and had always struggled in school. In his last school, he was very unhappy. In this new school, his contentment was obvious.

Tomas’ classroom had 8 children, though only 4 were present during the lesson we observed, the others apparently in an adjacent room with another teacher. The teacher in Tomas’ room worked individually with a student for about 10 minutes, then moved her chair and began work with another. As she attended to each student, she periodically turned to redirect another student who had strayed from his or her academic agenda or who needed immediate attention. She had great patience and tolerance for Tomas’ behavior – which included frequent departures from his seat and making little dancing or hopping movements – and she gave him many affirmations for correct answers.

An important focus of my school observations is the playground. In Tomas’ school, both teachers were present for the entire playground activity – an unusual and welcome observation, since so much can be learned on the playground, and opportunities to support that learning are so frequently missed. The atmosphere on the playground was relaxed and pleasant. Tomas needed to be redirected once when he strayed into territory outside the bounds, but otherwise he enjoyed himself watching some of the older boys and playing with a girl classmate. Although Tomas’ difficulty following through with an agenda was apparent in his playground games as well as in the classroom, his ease in making social connections and his friendly manner seemed to mitigate his many abrupt departures from the game.

The other two schools were also good schools with dedicated teachers and lively playground activities. One was more academically rigorous than the other and had smaller classes. In this school, the teachers were able to engage their students in the material they were teaching to an impressive degree. We focused on several children from the home in this school. One, a handsome boy of 13, was often distracted by the attentions of the girls sitting near him. Another, a 10-yo girl, seemed focused on filling in the answers in her workbook instead of listening to the teacher. Liz and I took careful notes and returned to the home to discuss our impressions. 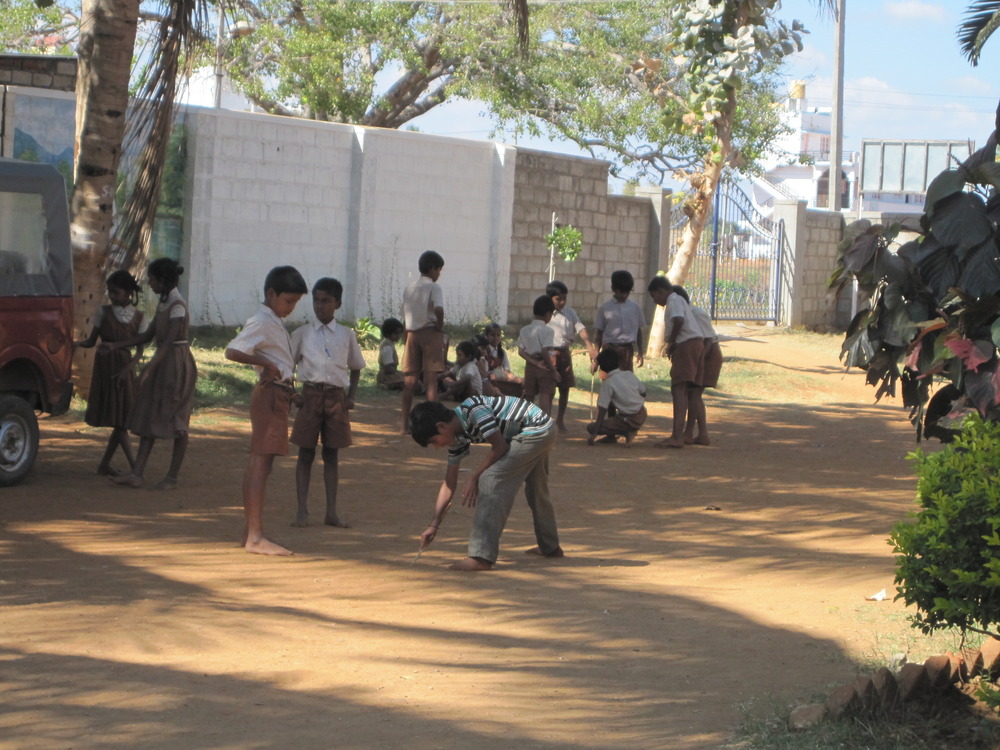 This is my third posting for “Trouble on the Playground”. It describes another 5-year old scenario that displays the superlative skills of a teacher, whom we will call Pat. The same group of “George”, “Polly”, and others, were playing pirates. Jack was desperate to play. He eagerly claimed the role of “third mate”. The game involved multiple pirate activities – building a fire and tending it, going on treasure-hunting expeditions, looking out for enemies, hunting and gathering, and more that I can’t remember. To make things worse for our friend, Jack, it was taking place in numerous venues. The fire was being tended in one part of the climbing structure. The look-outs assembled in another part of that structure. Small bands of pirates would episodically take off on a treasure-hunting or food-gathering expedition in what seemed to me to be a dizzyingly unpredictable manner (but I am not 5-yo).

But what I really want to highlight is Pat’s talents. She posted herself at the top of the climbing structure so that she could be in the best position to keep an eye on Jack. Her job was actually multifaceted. While keeping an eye on Jack – who periodically got distracted and wandered off – she made sure that all the numerous new pirates who were attracted by the raucous pirate cries broadcast throughout the playground had pirate jobs (“Susan, could Tommy help you tend the fire? No? There are too many cooks? Well, let’s see if Jamie needs help in the lookout tower.”), she ran interference in disputes over the proper comportment of pirates and other things, and she made sure that there were no serious accidents. I watched her in amazed admiration.

Jack was very happy. However, the next day he couldn’t find his way into George and Polly’s play again and was bitter and downcast. We tried to help, but this time it didn’t work. Then a strange thing happened. Polly went away for a week’s vacation with her family, and suddenly Jack and George were playing together every day like the best of buddies. I could understand the logic of this happy eventuality, but I was surprised at the rapidity of the transition and the degree of Jack’s success. It got me to thinking about how mysterious friendships are anyway, especially for young children, and how sometimes a small factor in the mix can make such a big difference. I found myself waiting with anxiety for Polly’s return.