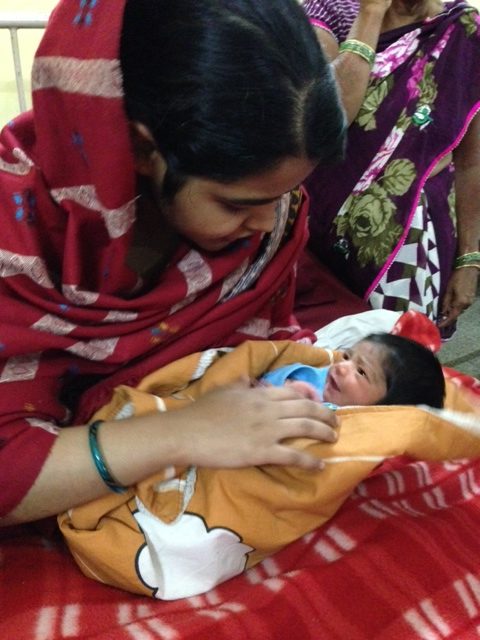 Important Note: The image in this post and in all the previous ones are not images of the children discussed in the posting. They are simply children whose photos I have collected throughout my travels.

Every time I hear Bruce Perry speak, I hear something new, and I take a step forward in making sense of my experience with children and families. On September 16, Bruce talked to our IPMH course about his “theory of change” – Change is created by an intentional act that is repeated in a way that will influence the system in the brain relating to the function you are engaging in the action.

As always, he grounds his remarks in the science of the brain – although he is careful to remind us that all “models” of the brain are gross oversimplifications and only useful in so far as they help us understand how the brain works. That is because the brain is unbelievably complex. There are approximately 86 billion neurons in the human brain and many more glial cells. The brain is hierarchically organized both in terms of architecture and function. The most “primitive” part of the brain – the part that is most like the brain of primitive animals – is at the base of the brain. This part, including the brainstem and cerebellum, maintains bodily equilibrium – body temperature, heart rate, blood pressure, and respiration. Above that is the diencephalon that regulates functions such as appetite and sleep. Then there is the limbic system that deals with basic emotions such as anger, fear, and happiness, and also affiliation, and reward. Finally, there is the most uniquely human part of the brain, the cerebral cortex, that produces abstract though and the more complex emotions of guilt and shame. Yet, every time we introduce a model of the brain we oversimplify; these anatomical parts of the brain do not relate precisely to the functions described; it is complicated.

In addition to “intrinsic neurons” that make primarily local connections, there are neural systems in the brain that have wide distribution throughout the nervous system. These systems, such as the ones of the neurotransmitters norepinephrine, serotonin, and dopamine, are crucially important in managing stress. The stress response systems connect the lower parts of the brain with the cortex and also connect the brain to the autonomic nervous system and to the endocrine system, the immune system, the musculoskeletal system, and the internal organs.

As we have noted in other blog postings, the lower part of the brain forms earliest in intrauterine life when the brain is growing most rapidly and is most subject to influences from the environment. Although “neuroplasticity”, or brain growth, occurs throughout life, the most rapid and profound changes occur in the first few years. That is why students of development stress the importance of a good early caregiving environment. An adequately responsive, consistent, and predictable caregiving relationship can modulate the effect of adverse experiences on the developing brain.

When an infant experiences an adverse event – such as exposure to toxins in utero – there can be a “cascade” of effects. The lower part of the brain may be primarily affected, but because the child then becomes compromised in his ability to regulate stress, subsequent development of all the interrelated parts of the brain and body may be affected. That is the reason why children born into homes that suffer chronic poverty, domestic violence, and substance abuse, for example, are more likely to have problems with their emotions, their relationships, and learning.

The neural networks of the stress response system are in dynamic equilibrium. Too high a level of stress-inducing novelty will activate the system in order to lower the stress. Too low a level of novelty will cause the system to increase stimulation to restore alertness. When a child experiences repetitive, unpredictable, stressful events, her stress regulation system will be sensitized, lowering her set point and causing her to be more vulnerable to similar stresses in the future and to react with a more extreme response. A child may be sensitized by a chaotic or violent home environment. He may also be sensitized by vulnerability caused by inherited developmental vulnerabilities or serious childhood illnesses. For example, a child who inherits genes associated with “autistic spectrum disorder” (I put this in quotes since I consider this a highly problematic diagnostic category.) may be highly stressed by making eye contact with another person. A child with this inherited vulnerability is sensitized early in life and will inevitably have multiple repetitive adverse experiences while living in what for another child might be a comfortable home life.

In order to change the regulatory set point of a stress response system in a healthy direction, it is necessary to activate the same system with small repetitive stressors that are organized in an appropriate pattern of dose and space. The last time I wrote about Bruce Perry, I introduced his idea of “dosing”, one that I find very important in my therapeutic work. This time Dr. Perry introduced another important concept, that of “spacing”. Dosing means that you apply a stressor but not in a dose that is beyond the capacity of the child to manage; you do not overwhelm him. Spacing means that you time the doses so that the child is prepared for another challenge. For example, if I am working with a child who becomes easily dysregulated by negative affect states, I am likely to accept her protestations that she really loves her little brother for some time before gently questioning them.

I will continue the discussion of how I use Bruce Perry’s ideas in my work with young children in my next blog, “Stress Regulation: From Theory to Practice”.