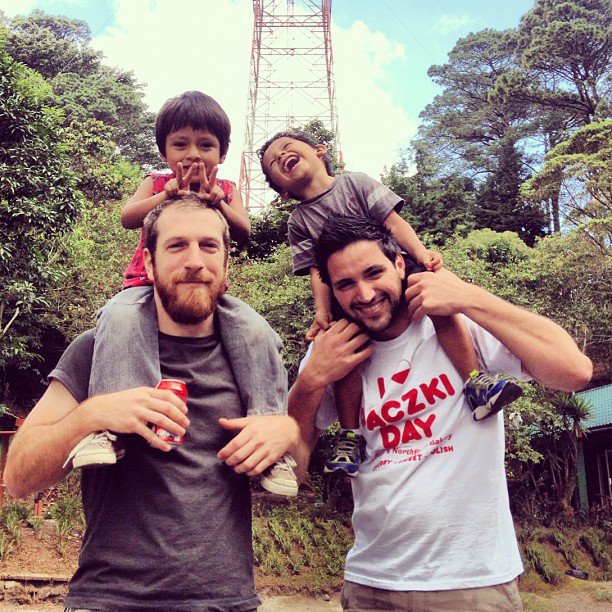 Transition from Foster Caregivers to Parent:
Luis is a 5-year old boy whose mother was a sex worker and gave him to her sister to care for when he was 1-year old. The sister was already taking care of Luis’ older sister, and she had two children of her own. When the sister moved in with a new boy friend, she could only take care of the sister and gave the then 2-year old Luis to a children’s home.

Luis’ mother was a young woman who had spent most of her childhood in a large orphanage, where she was alternatively neglected and abused. When she was 18 she left the orphanage and tried to find work but started using drugs with a boyfriend and became addicted. Unable to support her habit any other way, she became a sex worker. She first became pregnant with Luis’ sister and then with Luis, by different men. It is unknown whether she was using drugs during her pregnancies or whether the infants had problems at birth. The aunt did not notice any health problems in the babies, but did say that Luis was an irritable baby when he came to live with her at 1-year old. According to the aunt, Luis’ mother had wanted to care for him herself, especially after having to give up her first child, but her drug habit and her other activities resulted in her leaving him with neighbors and even strangers from time to time in a manner she herself acknowledged was neglectful.

When he entered the children’s home at 2-years old, he appeared to be a bright, engaging little boy who was, however, extremely anxious about losing control, for example, terrified of having an accident during potty training. This was despite the tolerant attitude the caregivers at the home had towards the toilet accidents of the toddlers. He seemed to thrive at the children’s home and became especially close to two other boys of the same age. He developed warm relationships with two female caregivers who worked with the “little boys” for the three years he was at the home. He loved the attention of the volunteers, especially the young men; some of them returned often to the home and developed real relationships with the children. Luis’ mother visited him in the home sporadically. He seemed pleased and interested in her visits, especially when she brought him presents, but as he got older he got upset when she brought the sister with her to visit and then mother and sister left together, even though the sister was actually living with the aunt.

When the LEPINA (https://www.unicef.org/about/annualreport/files/El_Salvador_COAR_2010.pdf , https://scrippsiij.blogspot.com/2012/12/lepina-law-harms-rather-than-helps.html) law was enacted in the country, it was ordered that he return to his mother. This was in spite of his mother not having a real home to take him to. The mother, anxious to have her son returned to her, told the court that she lived with her sister, and the court, anxious to comply with the law, accepted her statement. The children’s home was distressed at the decision, but they were unable to prevent Luis’ move back with his mother. They were worried not only that Luis would be leaving the home and his caregivers of three years, and not only that they deemed the mother incapable of caring for him at this time, but also they were afraid that the plans they had made for him to go to a good school would be jettisoned and that he would not begin school on time. They decided to work to build their relationship with his mother stronger and to try to support him in the neighborhood, but they were not optimistic.

How do you imagine that the Home could support this caregiver-child pair?