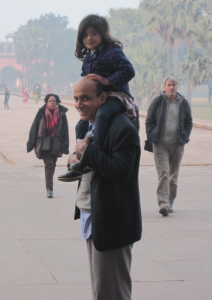 I am interrupting my blog progression again to talk about a recent infant parent mental health weekend, while it is still on my mind. We heard two terrific lectures last month about temperament and attachment, both subjects of particular interest to me.

The lecture on temperament was again given by Nancy Snidman, the temperament researcher. Nancy defines temperament as “predisposition to respond to the environment in certain ways”. There are many terms to describe temperamental characteristics – for example, introversion and extraversion, fearfulness, sociability, rhythmicity, thrill and adventure seeking, thoughtfulness or empathy, and many more.

One of the most important dialectics is the relationship between temperament and environment. In this case, temperament refers to inherited characteristics and the environment refers to experiences with family, friends, school, and life events. Nancy pointed out that there has been a long history of ways of thinking about temperament. In classical times, the Greeks and Romans thought of temperament in terms of the “humors”. In the 18th century, John Locke deemphasized temperament in favor of the influence of the environment, but then in the 19th century, Darwin focused on the importance of heritable factors in his evolutionary theory. The post World War II period again attributed the most powerful influence to the environment, for example in Freudian theory that gained widespread popularity. However, current research, such as in genetics and neuroimaging, has brought us back to a focus on temperament. Luckily, contemporary theories generally maintain a complex perspective by also including the important influence of the environment.

Some of the variables used by Nancy in studies of temperament deriving from Rothbart infant behavior questionnaire include approach, sadness, activity, perceptual sensitivity, fear, soothability. For example, does the baby get excited when given a new toy (approach), or how sad does the baby get when the caregiver goes away, is the baby easily soothed, does the baby enjoy cuddling?
Nancy reported on a longitudinal study of two styles of temperament – behaviorally inhibited (shy, wary of novelty, slow to approach), and behaviorally uninhibited (sociable, comfortable with novelty). They measured the time it took 31-month old children to accommodate to various novel situations, such as the time it took for them to enter a toy cloth tunnel, the time it took them to approach a robot. Some children behaved in relatively “inhibited” ways, and others were significantly less inhibited. The researchers wondered where this “shy” and “outgoing” behavior was coming from.
Starting with the hypothesis that people have different thresholds of excitability in the amygdala that create different sympathetic nervous system responses, resulting in different kinds of behavioral reaction to uncertainty, Nancy’s research team designed various kinds of auditory, visual, and olfactory stimuli to activate their amygdalas and test their hypothesis. In the lecture, Nancy showed films of 4-month old babies in the experimental situation. The babies were seated in a baby seat, and first one mobile figure was waved in front of him and then another, and then three at once. The first baby sat, attentively watching the moving figures, moving his fingers slightly, calm. The second baby started to fuss as the level of stimulation increased until he arched his back and began to scream. The experimenters studied the frequency and direction of every arm and leg movement, negative vocalization, arched back, etc. The babies sorted themselves out into high reactive babies with “high motor/high cry” and low reactive babies with “low motor/low cry”. Then they studied a group of children from 9-months to 15 years, to see what happened to them.
They were thinking of reactivity in terms of biology. If the amygdala fires, there is sympathetic nervous system activity – arousal, heart rate, respiratory rate. They believe that the biology of the children has a direct effect on their behaviors. If the amygdala is firing and the sympathetic nervous system is “Go!” it will produce behavioral responses. The hypothesis was that the babies who at 4 months were high reactive (high motor/high cry) by 2 ½ years became shy children, and that was because they had inherited a temperament associated with a low threshold of reactivity in the amygdala. These children were what I have referred to previously in the blog as “orchids”.
Across the years, they measured the children’s behavioral and physiological responses – at home at school, and in the lab – to situations that challenged them with different types of novelty or uncertainty. They found that the children moved from simple high reactivity in the youngest babies to a mixture of reactivity and shyness, or inhibition, in the older babies. This shift from high motor activity and high vocalization, to inhibition in the older infants reflects what we know about adults. In some high reactive older infants, when the experimenter changed the tone of her voice from pleasant to harsh as she invited the child to touch a toy, the child withdrew. Over the years, the researchers found remarkable consistency in the reactive style of the children. Some of the high reactive children became less shy, but the uninhibited children did not change. Interestingly, when the high reactive children became comfortable in their environments, they did OK. It was the transitions that are the problem. The high reactive children had more trouble with transitions.
The researchers concluded that there is “strong evidence that infant reactivity is related to a predisposition to have an excitable limbic system” and that this kind of reactivity is a “stable quality over time and situation” (Snidman, 2014). In addition, the research suggests that though these biological factors do not determine anything about the child’s future, and that environment can have an important influence on the child’s behavior and personality characteristics, these biological constraints remain as part of the child’s inherited predisposition.
From my point of view as a clinician, I would stress the value in helping parents understand their children, and teachers understand their pupils, so that they can take the children’s temperament into account when they make expectations of them. Children of all temperaments may be able to achieve the same accomplishments, but they may require different degrees and different types of support in order to achieve them. Earlier blog postings include information related to this subject.